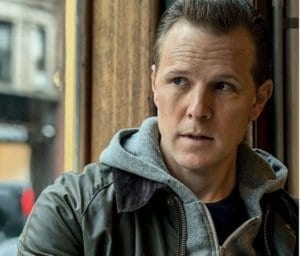 Shane Johnson first started acting at the age of 14.  His first role, Snoopy, had him hooked and he hasn’t turned back.  Shane received his Bachelor of Fine Arts degree from Whitman College in Walla Walla, Washington, and then to London Academy of Music and Dramatic Arts (LAMDA) for classical training as an actor.

Johnson’s first film credit dates back to Saving Private Ryan, where he was cast while still studying at LAMDA.  After graduating with a Bachelor of Fine Arts degree, he ventured down to Los Angeles and began studying with Richard Lawson almost immediately.  Soon, he enjoyed a variety of film roles including starring in Black Cadillac and supporting roles in Behind Enemy Lines, Pumpkin, Take, and Chez Upshaw to name a few.  His recent starring role in the psychological thriller, The Possession of Michael King, has garnered him scores of phenomenal reviews and nominations and has proven that he can carry a film.  Also of note is the forthcoming project, Son of Perdition, in which Shane starred and also served as producer.

On the small screen, Shane has played the role of Cooper Saxe for seven seasons on the Starz hit drama, Power and will continue in its upcoming spinoff, Power Book II: Ghost.  Johnson’s recent notable guest-starring roles include Scandal, Criminal Minds, Castle, Raising the Bar, CSI: Miami, Cold Case, and Private Practice, to name a few.

In addition to his acting career, Shane writes and produces with his wife, actress Keili Lefkovitz (Michael Bay’s Pain and Gain).  They have multiple projects, ranging from animated sitcoms to feature-length thrillers, slated for 2020 and beyond.

Shane, Keili, and their two sons – Shepard and Gunner, rising artists in their own rights – live in Los Angeles.

Shane’s years of training with Richard have prepared him to be a well-versed and visionary teacher.  Shane has always had a passion for teaching and drawing out of others their most artistic selves.  He attributes his success as an actor/writer/producer directly to the guidance and insight of his mentor, Richard Lawson.