You are here: Home » Shane Johnson 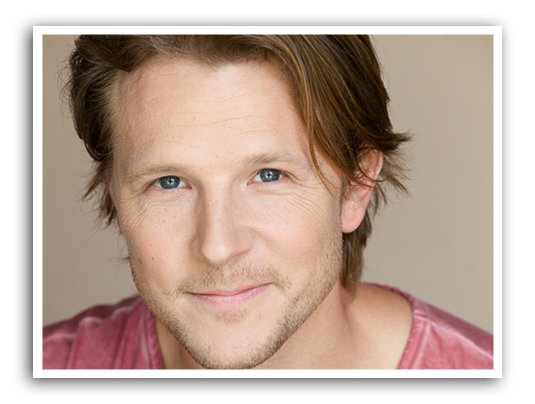 Shane Johnson first started acting at the age of 14.  His first role, Snoopy, had him hooked and he hasn’t turned back.  His formal training began at Whitman College, known for its fantastic theatre program.  His first professional film credit dates back to Saving Private Ryan, where he was cast while still studying at LAMDA (London Academy of Music and Dramatic Arts).  After graduating with a BFA, he ventured down to Los Angeles and began studying with Richard Lawson almost immediately.  Soon, he enjoyed a variety of film roles including starring in Black Cadillac, supporting roles in Behind Enemy Lines, Pumpkin, Take, and Chez Upshaw to name a few.  His recent starring role in the psychological thriller, The Possession of Michael King, has garnered him scores of phenomenal reviews and nominations and has proven that he can carry a film.  On the small screen, his recent notable guest-starring roles include Criminal Minds as a crazed pyromaniac psychopath, Castle as a murderous cop, Raising the Bar as a paranoid schizophrenic, CSI: Miami as a pedophile, Private Practice as a troubled baby-killing dad, and a highly acclaimed turn on Cold Case as a gay cop who falls victim to intolerance.  He can currently be seen playing Cooper Saxe in the Starz original series, Power.

In addition to his acting career, Shane writes and produces with his wife, actress Keili Lefkovitz (Michael Bay’s Pain and Gain), their first feature, Death, etc., is currently in post-production and they are now venturing into episodic territory with their upcoming, Content Failure.  A script Shane penned is next on the slate and he plans to go into production on it in 2015!  They live in Los Angeles with their two amazing boys, Shepard and Gunner.

Shane’s years of training with Richard have prepared him to be a well-versed and visionary teacher.  Shane has always had a passion for teaching and drawing out of others their most artistic selves.  He attributes his success as an Actor/Writer/Producer directly to the guidance and insight of his mentor, Richard Lawson.