You are here: Home » Kelly Tighe 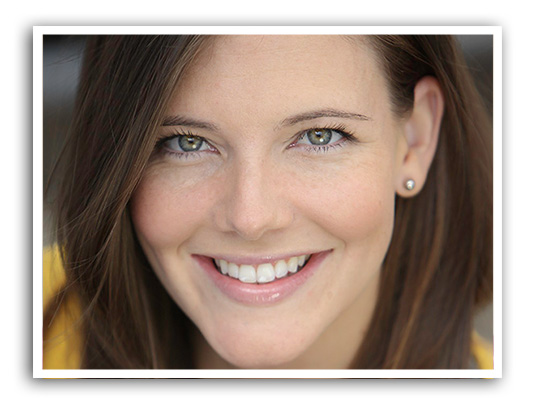 Kelly Tighe has been acting since the age of 3, when she first stumbled upon the writings of Shel Silverstein and “performed” the poems for her family.  A North Carolina native, most summers were spent putting on plays at the prestigious venue…”Grammie’s Front Porch”.  She continued her love of performing all the way up through college where she majored in Musical Theatre at the Catholic University of America, Washington, D.C.  Her proudest accomplishments from that time include performing at The Kennedy Center for the re-opening of the Opera House and participating in the documentary, Defiant Requiem, where she sang Giuseppe Verdi’s “Defiant Requiem” with the Czech Orchestra in Prague.

Moving to New York, she continued her love of outdoor theatre by doing “Shakespeare in the Park” in Central Park with Ten Grand Productions and falling in love with the wonderful world of Improv.  She also discovered her passion for original content creation, which led her to Los Angeles.  This is where the Richard Lawson Studios comes in.  In her time with the studio, she has written, shot, directed, edited, and acted in her own short films.  Learning to act on film, she became a proud member of SAG-AFTRA, booked various commercials, and has begun an exciting journey with both film and television.

She is a believer in the philosophy that art can change the world in an instant.  She teaches for Richard because he and his studio have helped her create an exciting, and most importantly, tangible career in the arts, bringing her dreams into reality, and she wants to help others do the same.

If you want a good laugh, you can Google “Shit White Moms Say” made during Richard’s Professional Development Program 1.0 class; it now has over 1 million views and was created by her production company, Middle Class Aftermath.