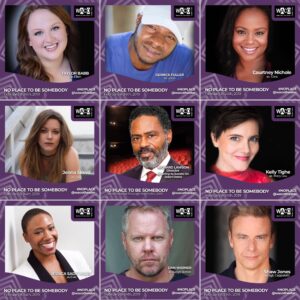 Artists of the Month

In February, WACO Theater Center presented the production of Pulitzer-prize winning No Place to Be Somebody.  Written by Playwright Charles Gordone, the production first premiered at the New York Public Theater 50 years ago.

Of the cast of 14, 8 of the cast members are students of the studio!  And Richard Lawson himself directed the production, and later in the run, performed as Sweets Crane!

According to Deborah Klugman of Stage Raw: “Lawson does a fine job of staging; the show moves at a brisk pace and the characters are crisply delineated. Most of the performers have a confident presence. Carlos Flores’ set design is smartly and credibly detailed.”

The RLS is immensely proud of the work these actors have brought to the stage and their commitment to telling this story of race relations, culture and the American dream at the height of the Civil Rights Movement!

Click here to listen to Richard’s interview with KJLH radio station about his career and the play.